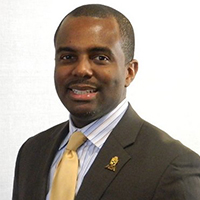 Ali Morgan is a lifelong educator. He is currently the Director of Diversity and Inclusion at Rye Country Day School. He is also a drama teacher and tennis coach and a consultant for SUNY Westchester Community College.

Ali began his career in higher education and financial aid over 16 years ago at New School University where he served as a Loan Coordinator/Counselor and later as an Assistant Bursar/Title IV Compliance Manager. Ali later became the Associate Director of Student Financial Services and shortly thereafter Acting Director of Student Financial Services at CUNY John Jay College of Criminal Justice. He was soon recruited to be the initial Financial Aid Lead of the CUNYfirst Project at the City University of New York – a $250 million dollar ERP project charged with upgrading and integrating all of the university’s technology systems.

Ali enjoys sharing his knowledge about higher education, financial aid and financial literacy with the community. He often conducts workshops for college and college bound students on these topics as well as life skills and college readiness. Ali is a trustee for Breakthrough New York, a non-profit organization that increases opportunities for motivated public middle school students and encourages talented high school and college students to pursue careers in education. He is the Immediate Past President of Alpha Phi Alpha Fraternity, Eta Zeta Lambda Chapter, President of the chapter’s foundation, Westchester Alphas Educational Foundation (WAEF) and has previously served as Associate Editor to the Sphinx, Treasurer, Historian and Chair of the 50th Anniversary Scholarship fundraiser benefiting high school seniors in Westchester.

Ali received his B.F.A. in Theater Arts from Southern Methodist University and earned a M.S. Ed. in Higher Education Administration from the City University of New York, Bernard M. Baruch College. Ali was born in the Bronx but spent his formative years in St. Croix, U.S. Virgin Islands. He is married to wife Kanika and is the proud father of one son Qadeer and two daughters, Kibriyaa and Ava. 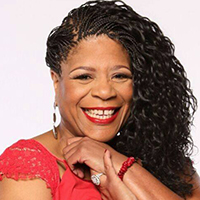 Carole Jones-Lofton is a native Texan who will lend her passion and voice to benefit those in need. At the age of 47, she decided to live her dreams and has become an accomplished runway model and pageant queen which has landed her on the cover of online magazines, including Simply Me Magazine which caters to the beauty and health of being a plus size man or woman.

She most recently was on the cover of Heart and Soul Magazine, featured as a heart disease survivor.
Carole gives back to the community , sharing the message of living Heart Healthy as a part of the American Heart Association’s Passion Committee. As a committee member, she volunteers at events through public speaking and mentoring. Carole has received her certification in Event and Wedding Planning and plans to further her education and career. 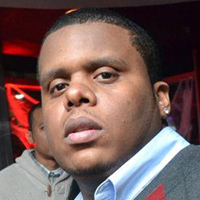 Christopher began his career in Financial Services at Wells Fargo, a Fortune 500 company, where he served as a Credit Manager. He later became a Branch Manager receiving numerous awards and accolades for sales, customer services and leadership.

Christopher is a firm believer in servant leadership and enjoys sharing his time giving back to the community. He volunteers with homeless shelters and mentors children with autism. Christopher is also a member of Alpha Phi Alpha Fraternity, Inc. He received his Bachelor of Business Administration degree in Marketing with a minor in Psychology from Texas Tech University and was born in Dallas, Texas. Christopher is a native of Dallas, Texas. 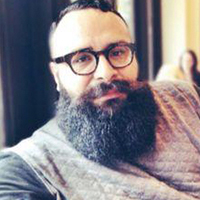 Miguel Bencourte is the owner of The Miguel Bencourte Coleccion, an online retail, wardrobe, and image consulting firm located in Dallas, Texas. With over a decade of consulting experience, Miguel’s expertise and keen attention to detail, has honored him with clients from the next door neighbor to Hollywood’s A-List celebrities.

With his entrepreneurial spirit, Miguel has created his own necktie coleccion. His self entitled Bencourte Coleccion has brought an exclusive and innovative way for neckwear not to complete and ensemble, but to complete a masterpiece. He also founded Padrino Beard Co. which not only emphasizes providing great beard grooming products, but to gives a voice and raises awareness against bullying with the campaign #BEARDTHEBULLY.

Noted for his creative communication style and dynamic motivational speeches, Miguel has put words to paper and completed his first book, JellyBeans, due to be released later this year under his own publication company, MindMap Publications. – Giving the minds journey a direction beyond its own imagination.

As great is his love for fashion and business, greater is his love for people. Grounded from a single mother household, Miguel learned the gift of giving, “The responsibility in being in a certain position is not for command, but to help bring out leadership, goals, and gifts that are already created within us.”

Miguel enjoys his downtime with family, friends, fishing, and travel. 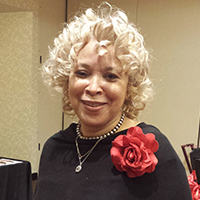 Rose Mary Bolden is a dedicated and passionate educator. She is currently a Dropout Prevention Facilitator in Dallas ISD.

Rose began her career in secondary education over 30 years ago at South Oak Cliff High School as an English Teacher. Rose also taught English at Justin F. Kimball High School and served as Head of the English Department. She later transitioned from being a Teacher to being a Guidance Counselor at Kimball and Lancaster High School in Lancaster ISD. Soon, Rose moved forward into administration while at Lancaster as an Assistant Principal and then at Hutcheson Junior High School in Arlington ISD. She later served as the Principal at Hutcheson. After serving as a principal for 12 years, Rose moved to Central Office in Arlington ISD as the Coordinator of Project SOAR Mentoring Program, which helps youth in the community to make positive life choices that enable them to maximize their potential.

Rose is extremely passionate about mentoring young women. She also enjoys sharing the importance of pursuing higher learning with young people and serves as the Chair of the Scholarship Committee at Galilee Missionary Baptist Church where she is an active member. Rose is also a member of the National Association of Parliamentarians and a proud, active member of Alpha Kappa Alpha Sorority, Inc.

Rose received her B.A. in English and earned a M. Ed. in Guidance Counseling & Reading with a Certification in Education Leadership from East Texas State University (now known as Texas A&M University-Commerce). She is presently working on an Ed. D in Educational Leadership with a Specialization in Curriculum and Instruction at the University of Phoenix. Rose was born in Tatum, Texas but was raised in Dallas, Texas. She is the proud mother of one son Michael, Jr. and grandmother of one grandson, Michael, III. 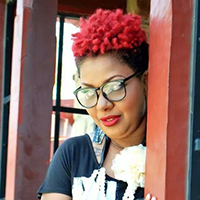 Shandon Guignard is an accomplished nail and makeup artist in the downtown Dallas salon, The Jones Experience Grooming Studio. She has been in the industry for over 25 years. Specializing in the “by hand technique with nails, Shandon began her career at the age of 24 in the first African-American owned nail salon, Nails Plus.

Shandon began doing freelance work throughout the Dallas-Fort Worth metroplex where she began doing nails and makeup for individuals from all walks of life. She has been involved in multiple photo shoots for hairstylists, authors, business owners, and families.

She has also been involved with assisting Celebrity Makeup Artist and mentor, Bridgett Washington.

Shandon has a passion for creating nails and makeup that is FLAWLESS. 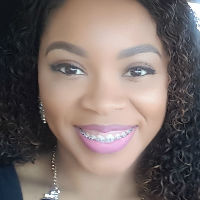 Coach Harris, as her students normally call her, is a College Graduation Coach for the Irving Independent School District assisting current high school students find and prepare for their paths after graduation.

She began her career in education by accepting a Mathematics and Special Services opportunity at her alma mater, Tylertown High School. A career which later influenced her move to Texas followed by her recent promotion.

She received her B.S. from the University of Southern Mississippi followed by graduate studies at Ole Miss and her educational pursuit of obtaining a Master’s degree in Psychology from Capella University. Saydrianne is currently setting her focus on becoming a Licensed Clinical Psychologist.

As a native Mississippian, Saydrianne enjoys encouraging and motivating others to push but cannot forget her roots. Finding joy and peace in the simple things in life while thanking God for the journey is successful living at its finest.

Shandon has a passion for creating nails and makeup that is FLAWLESS.